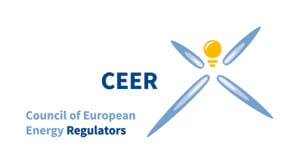 CEER membership is open to all energy National Regulatory Authorities (NRAs) of the European Union or the European Economic Area (EEA), which have been designated as such by a Member State or the EU. New members are admitted by a decision of the General Assembly.

CEER also strives to share regulatory best practice worldwide through its membership in the International Confederation of Energy Regulators (ICER) which brings together similar associations from across the globe including NARUC (America), ERRA (Central/Eastern Europe) and MEDREG (the Mediterranean region).