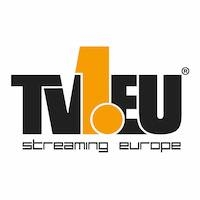 Streaming solutions by Germany's Nr.1 independent provider. We help you to reach your audience with audio and video in the highest quality on all devices.

TV1.EU is the largest independent technical platform accessing top-class online audio and video publishing via IP-based networks in Europe, and is the first in the world powered by electricity from renewable resources. Using it´s own Content Delivery Network (CDN) and this is the big difference to it´s competitors, Online Videos are delivered as on-demand or livestream in broadcast quality to computers, mobile devices and flat panel LCD TVs with Internet connection.

TV1.EU has had a market presence for more than seventeen years and has carried out almost 3.000 online video projects; it is the leading online technology company and is also the technical enabler for the largest live online broadcasts, for example the 2008 Olympic Games, the 2008 European Football Championship, and will broadcast the 2010 Winter Olympic Games from Vancouver in high definition.