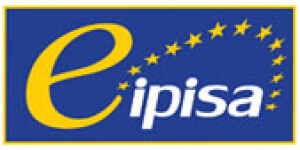 The European Institute for Political Initiative and Strategic Analysis (EIPISA) is a Brussels-based non-profit think tank created with the goal of providing European political leaders and society in general with the necessary tools to develop political strategies that make peace, freedom and security possible in the Middle East and North Africa.

We believe that to accomplish our goals we need to take in to account three elements:

EIPISA seeks to overcome prejudice, historical mistakes and misinterpretation through accurate, transparent and verified information about what is really happening in the Middle East and North Africa. We truly believe that only through reliable knowledge can we learn from past mistakes and move towards the future.

We are convinced that knowledge on what is happening and what should be done in the Middle East and North Africa can only be acquired through the inclusion of all actors. EIPISA aims to include them in the dialogue and to create peace, stability and security.

EIPISA is a catalyst, a round table, a public square in which experts, scholars, journalists, politicians, European authorities, and all those interested can come together to discuss. We want every actor involved to participate in this search for a shared space, as only through the integration of all perspectives and the consideration of all points of view can we reach EIPISA’s goals.

Our goal is to be a space for dialogue based on proven, neutral and transparent information presented in events (such as workshops, seminars, conferences, or discussion groups) and on our website. EIPISA wants to be a source of unbiased information for all stakeholders, particularly for European decision-makers.

An interconnected, multicultural and globalised world is a reality on both sides of the Mediterranean Sea. The Region of the Middle East and North Africa has been plunged into terrible conflicts for a long time, but Europe has also suffered appalling wars with millions of victims and rose from the ashes. How? Through cooperation between European States, creating a shared space for peace, stability and security under a regional integration framework. The EU is as success story, as it has helped to overcome the tragedies of World War II.

We believe we are facing a historical moment for the Middle East and North Africa and that the European Union has a role to play. The EU needs to strengthen its historical and cultural ties with its neighbours, to help create a space for peace, democracy and security and to transcend a purely economic relation. The people of the Middle East and North Africa need to be engaged with this project, making it clear that respect for differences is a part of our shared values.

In a globalised world, there is no longer room for Nation-State or regional narratives. Europe is strongly linked to the Middle Eastern and North African countries and to its achievements regarding regional peace, stability and security. EIPISA is aware that in order to understand conflicts, we must look for ramifications and possible connections wherever they may appear. Only then, by understanding and analysing every conflict in context, we can work towards solutions.

Unfortunately, the issues we face are not simple, but rather the result of years of controversy and hidden interests. We are convinced that cooperation between the European Union and the Middle East and North Africa will prove to be advantageous in devising roadmaps that will shape a better future. We cannot afford any more mistakes; we need to take action and build bridges for understanding, information and cooperation.

EIPISA is proud to count on a multicultural team and is convinced that the issues in the Middle East and North Africa affect us all. In the words of the President of EIPISA, "We are all in the same boat, we all share the Mediterranean Sea, but our differences can enrich us. Europe and the Middle East/North Africa are multicultural de facto, so let's sit down to talk, let us help each other, and let us fight for freedom and democracy because there is no higher goal for humanity than to find common values to create World Peace.”

South-East European Federation of Cities and Regions for the Environment